At times, inspiration may be found in the most unlikely of places. Founder and Owner of Wonrate gear, Joel Williams, found his inspiration for both Wonrate, as well as the Wonrate camouflage pattern, in his young daughter, Vayel. As Williams first saw Vayel’s electrocardiogram (EKG) waves on the hospital heartbeat monitor, five years ago, he immediately received the inspiration for one of his life’s most influential pursuits – the creation of Wonrate Gear. Using Vayel’s EKG line overlaid upon itself and patterned to repeat over and over again, Joel developed a pattern that is extremely effective, unique, and meaningful. The macro pattern, created by natural heartbeat waves, uses shapes and colors found in nature. The pattern completely disrupts the human outline, and creates a false-shadowing effect that tricks the eye. The camouflage pattern utilized by Wonrate Gear is the product of late nights, hard work and a sense of dedication and ambition.

Joel Williams remembers a childhood spent toting a Winchester 4-10 in chukar country. His older brothers and he had been brought up by a father who did allhe could to show them the value of hunting. This represents some of the most prominent values of Wonrate Gear – tradition and independence. Hunting became away of life for Williams and his brothers. Alongside the journey of being astar athlete on the football field, Williams had a passion for hunting that was deeply ingrained in his heart, mind, and family tree. While bearing this passion, Williams had continued his pursuit of football, which led him to many different roads in his life – such as playing for Dixie State University and someday falling in love with his wife, Ashely, from Fallon, Nevada. 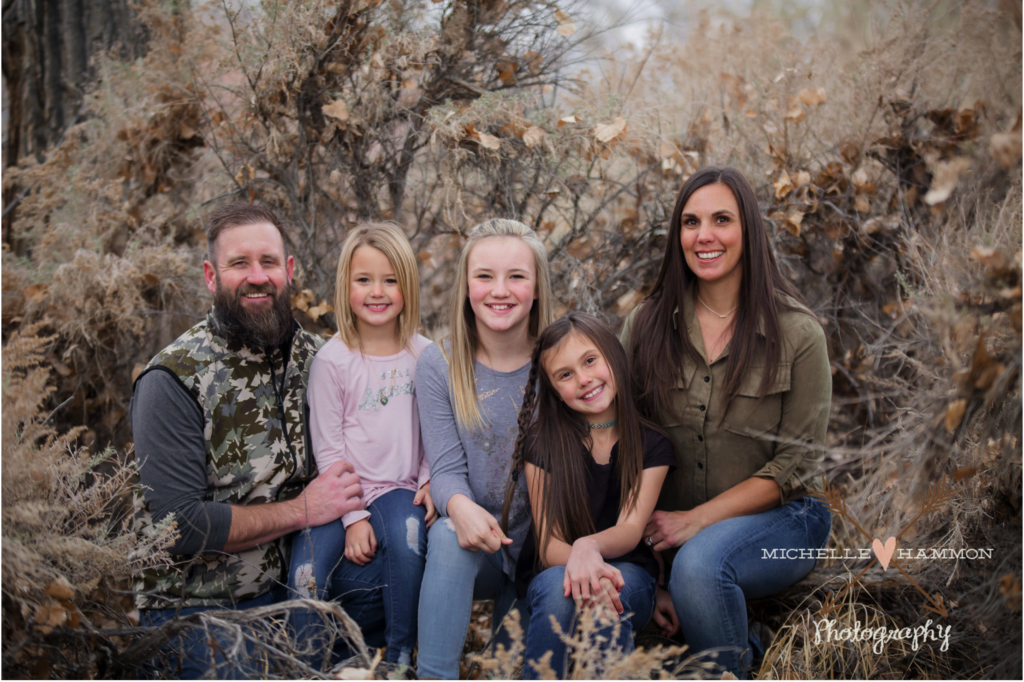 Joel Williams with his wife, Ashley, and daughters Vayel, Leah, and Eve

When looking back at his life, Williams realizes exactly why he created Wonrate Gear– because of the challenges and opportunities that hunting has given him. Much like football, Williams recognizes the crucial aspects involved, such as practice, preparation, planning, teamwork, the taste of victory, and the sting of defeat. Williams created Wonrate Gear to give the hunter every advantage possible, making him or her ready for any physical or mental challenge along the way, and transforming them into the most effective predator on the mountain.

Just as the ground-breaking pattern was created, the gear that it would soon be displayed upon was crafted with the extreme hunter in mind. Wonrate Gear is a company hnters and by hunters. Each piece of gear is carefully engineered to match the demands of modern hunters all over the world. Being a company based in Fallon, Nevada, the Wonrate team is constantly confronted with opportunities to test the gear we create. Close to home,throughout the Western states, and even around the world, Wonrate Gear performs and thrives in a wide range of climates and environments. Our gear holds a standard of versatility, all while sending a message to those who are able to catch a glimpse of the hunter wearing it – I am a hunter who does not quit, no matter the adversity I may be faced with.

"The physical exhaustion, the blood sweat and tears,  the demands of the hunt, and love of the outdoors are all essential elements that Wonrate Gear is built upon.”

Thank you! You've been added to the mailing list.
Oops! Something went wrong while submitting the form.